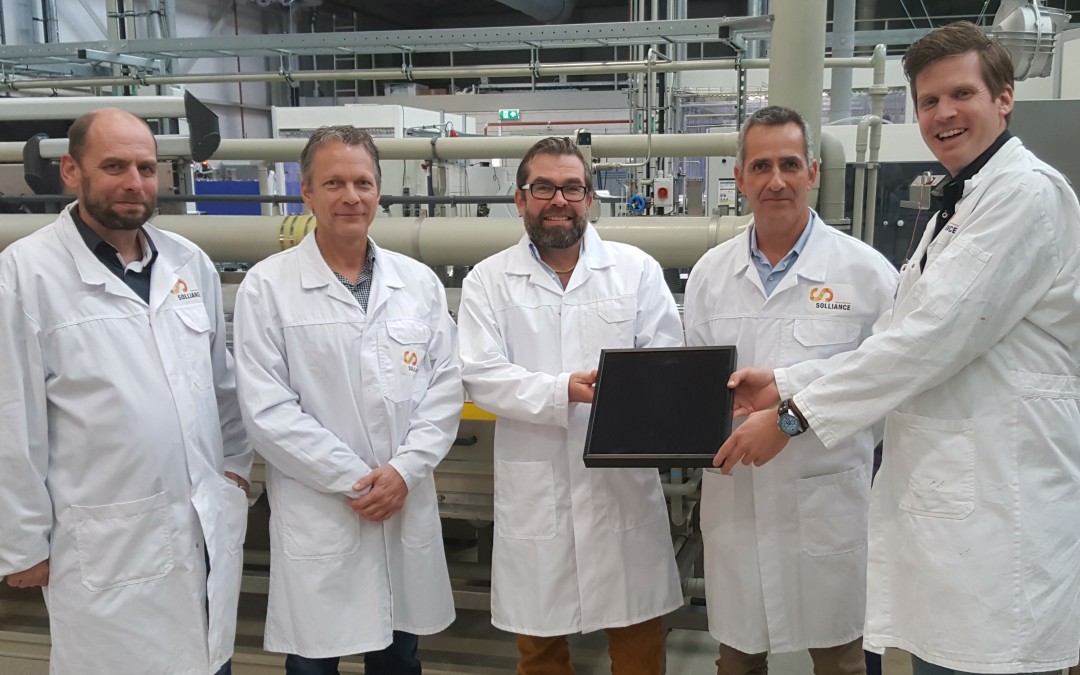 Posted at 15:09h in News by Niels van Loon
Share

EINDHOVEN – 27 OCT 2016 – Solliance is pleased to announce that ADPV Limited has signed a Joint development contract with Solliance concerning the development of two-step electroplated CIGS modules. Research will be carried out at the Solliance pilot production facilities on the High Tech Campus in Eindhoven, the Netherlands by a joint team from ADPV and Solliance.

Within this project ADPV and Solliance are aiming for stable, reproducible and industrial upscalable electro-plated CIGS with efficiencies above 15%. ‘We are extremely pleased with ADPV’s decision to sign this joint development contract’, stated Huib van den Heuvel, director at Solliance. ‘We have all required infrastructure, to a large extend built by local equipment companies such as Meco and Smit Thermal Solutions, and the technical competencies available on site; together with ADPV’s ambitious team we expect to achieve meaningful results in the coming months’.
‘This is a marvelous opportunity for ADPV to explore the full potential of the Solliance setup,’ said William Chao, Founder and Chairman of ADPV Limited.  ‘We are happy to have Olivier Kerrec, former CEO of Nexcis, as our Project Director, leading the interdisciplinary team at Solliance. We believe that Olivier’s rich experience in CIGS technology, especially electroplating metal precursors for CIGS modules, will lead us to new breakthroughs. It will be beneficial to compare its performance against ADPV’s sputtering approach of metal precursors selenized with ADPV’s proprietary Rapid Temperature Process (“RTP”) furnace.