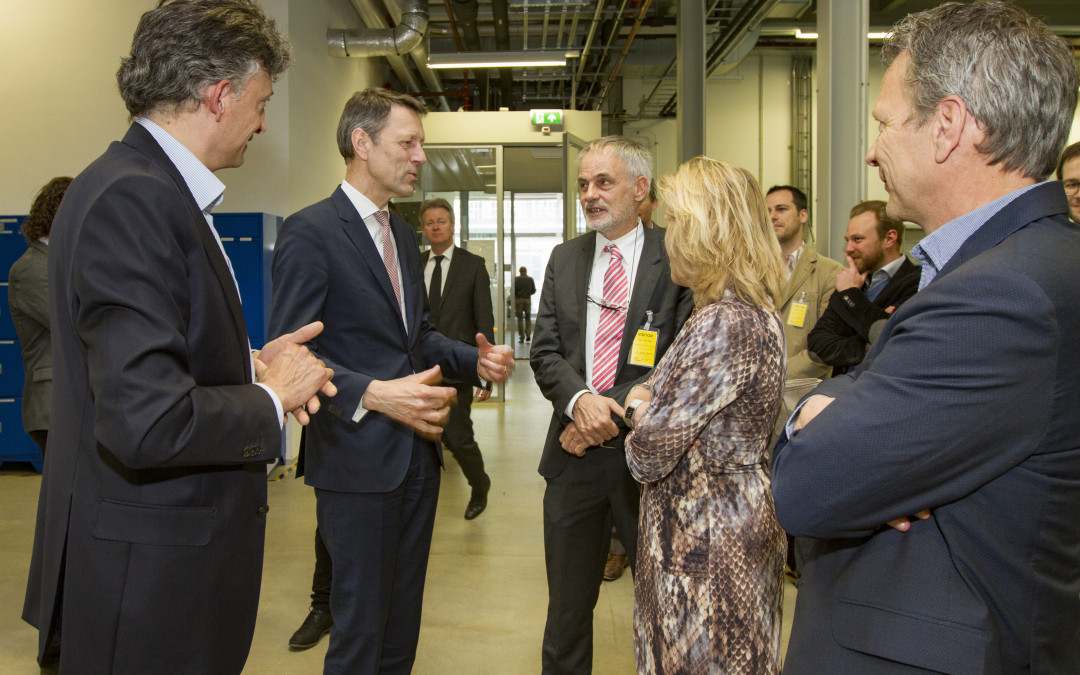 Posted at 15:23h in News by Niels van Loon
Share

During the visit of the german goverment to the High Tech Campus, german state secretary Schütte and minister Bussemaker visited Solliance Solar Research.

With this visit Dutch and German goverment emphises the importance of regional corporation.