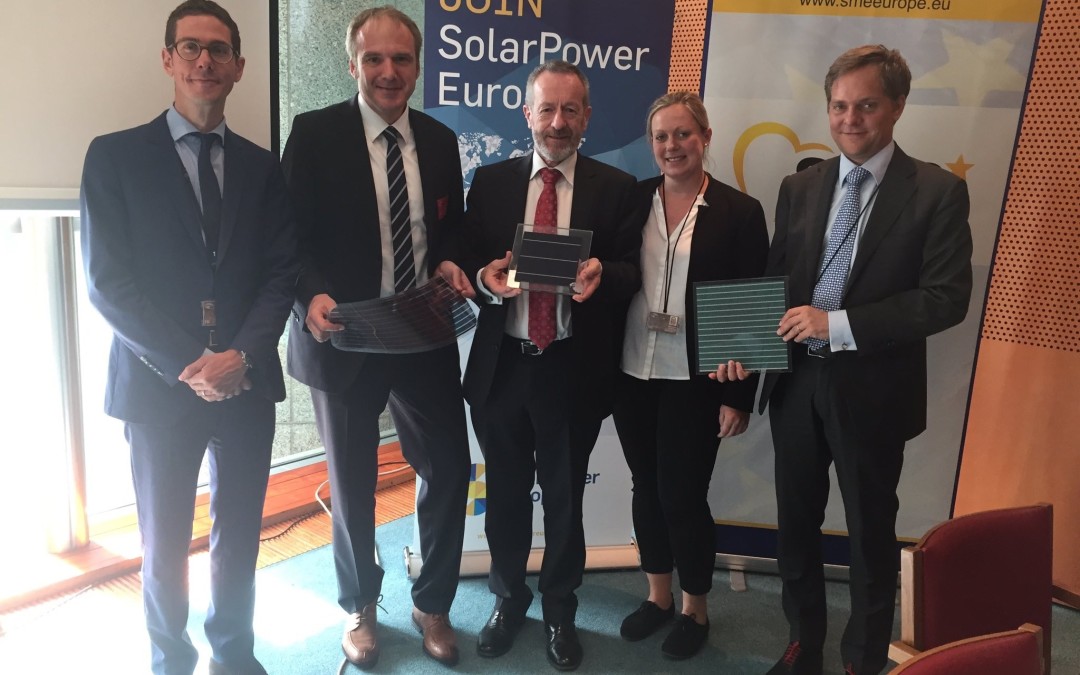 Posted at 12:34h in News by Niels van Loon
Share

On June 7th Gosse Vuijk of TNO/Solliance participated in an event on smart buildings and renewables, hosted by Sean Kelly member of the European Parliament (EPP – Ireland) in Brussels.

Policy makers, particularly those from the European Parliament, and representatives from industry, research organizations and the SolarPower Europe branch organization addressed topics such as European strategies related to Building Integrated PhotoVoltaics, the jobs potential in Europe related to the renovation of the building stock and renewables self-consumption.

One of the specific innovations that Gosse highlighted is SolaRoad, an example of solar cells, integrated at large scale in public infrastructure; next to contributing to the energy transition this innovation has the potential to generate many new jobs in the European manufacturing industry and create value for the building sector.