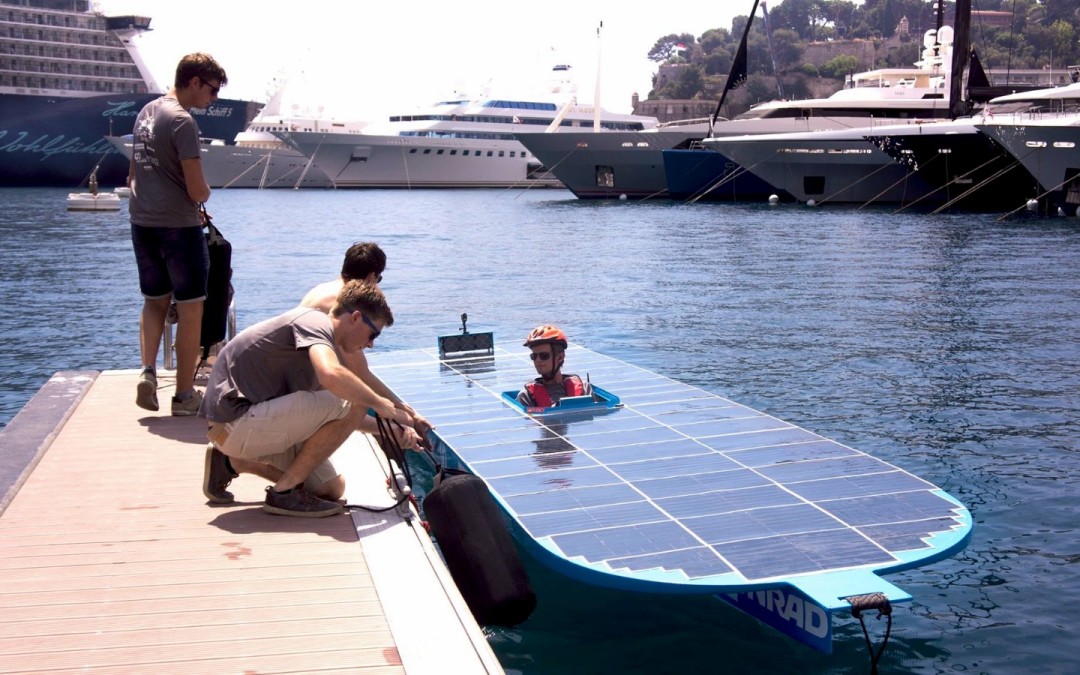 Posted at 08:25h in News by Niels van Loon
Share

Solar Boat Twente, who entered the Solar & Electric Boat Challenge of the Yacht Club de Monaco with a thin-film solar boat, ended at a successful third place in the general ranking for open class boats. After months of hard work, preparation, designing and engineering with the support of Solliance Solar Research and Hanergy Solar, the team looks back at a fantastic weekend in Monaco. It was a bumpy road to get there, but the ambition of the debutant solar boat team was to end third, and they did. We congratulate Solar Team Twente with this fantastic result! See you next year!

You can find the more information on the race at the websites of Solar Boat Twente and Yacht Club de Monaco.