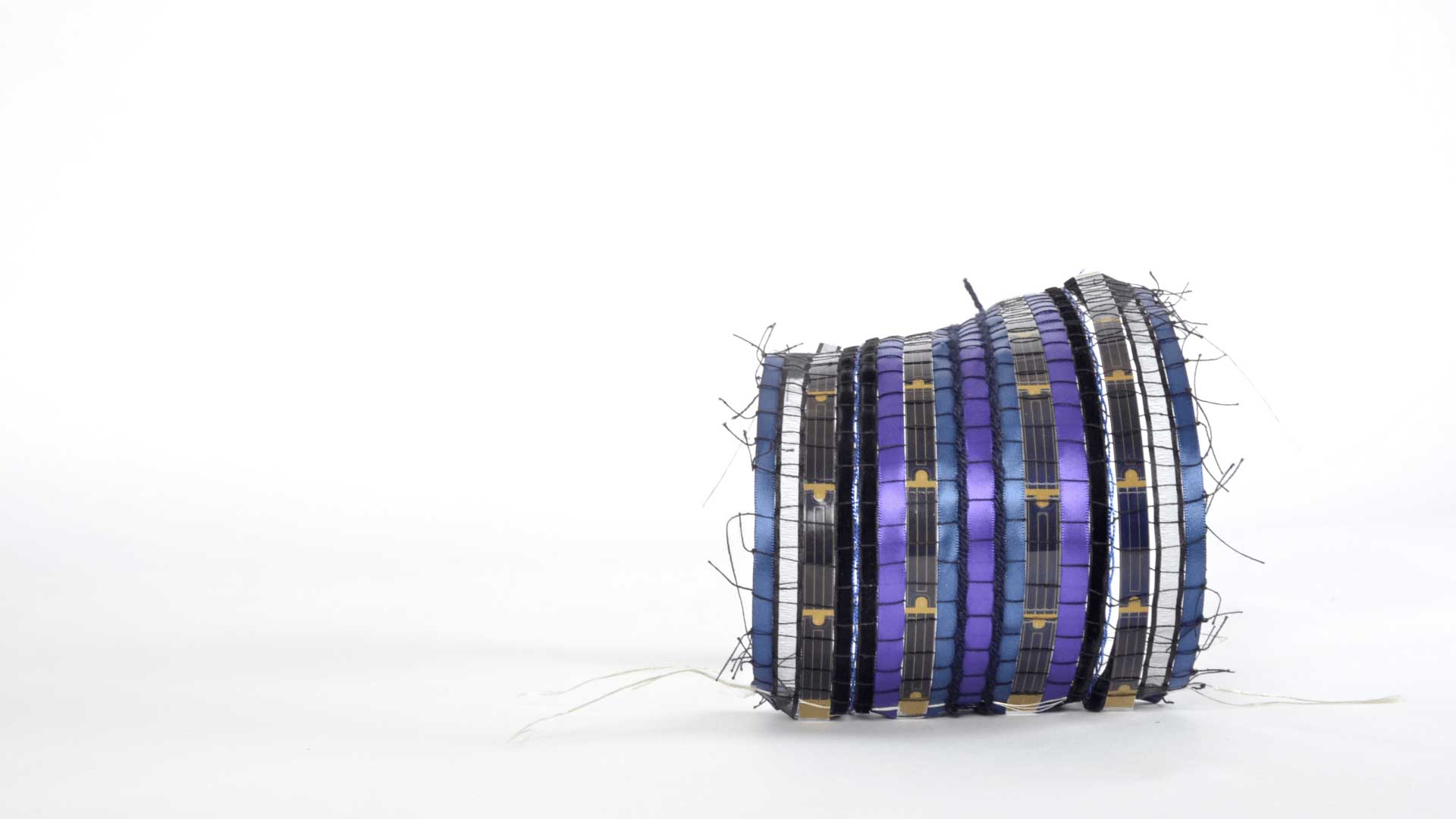 Posted at 14:02h in News by Niels van Loon
Share

From 14 until 17 October, Pauline van Dongen gave a brand new workshop called “SUN LACED” at TAFE SA Arts & Design in Adelaide. Designers worked hands-on with solar cells and develop knowledge on how to integrate them in clothing and soft textile products.

With the materials provided by Solliance Solar Research and Holst Centre, participants explored the material aesthetics of solar technology and see how these materials can become meaningful in everyday life. Pauline van Dongen showed how weaving solar cells enables the material to become soft and malleable.

Marking the premiere of the Future Thinkers series of public talks is ‘Solar Fashion – A Conversation with Pauline van Dongen’, presented by Renewal SA. Held on the evening of October 15 at the Lot Fourteen ideas neighbourhood, which is being developed on the site of the former Royal Adelaide Hospital. Pauline talked about her work to integrate flexible solar cells into textiles and visitors got a sneak peek at garments which enable wearers to generate sustainable energy to power their mobile devices. The event is facilitated by CityMag editor and publisher, Josh Fanning and supported by the Embassy of the Kingdom of the Netherlands, Solliance Solar Research and the Holst Centre.

Pauline van Dongen creates wearable technology and solar is one of the technologies she uses in her creations. She researches how textiles and other materials mediate between the human body and its surroundings. Pauline sees in technology an opportunity to create new, meaningful and potentially even more durable relationships between people and the clothing they wear. Her design studio is immersed in the dynamic intersection of fashion and technology and has received international recognition since it was established in 2010.

Her recent projects include illuminated sportswear, smart and touch-sensitive denim, new developments in 3D printed fashion using body scanning and the application of printed electronics, sensors and conductive yarns and coatings in textiles. Pauline has presented her work at major events around the world including South by South West, TEDx, and The Future of Fashion is Now.
In 2016, Pauline was named one of the 50 most inspiring women in tech in the Netherlands. The year after, she was selected by Massachusetts Institute of Technology for its annual list of Innovators under 35 of Europe.

All about her boek: A Designer’s Material-Aesthetics Reflections on Fashion and Technology

Looking for more info on this subject?
Contact us