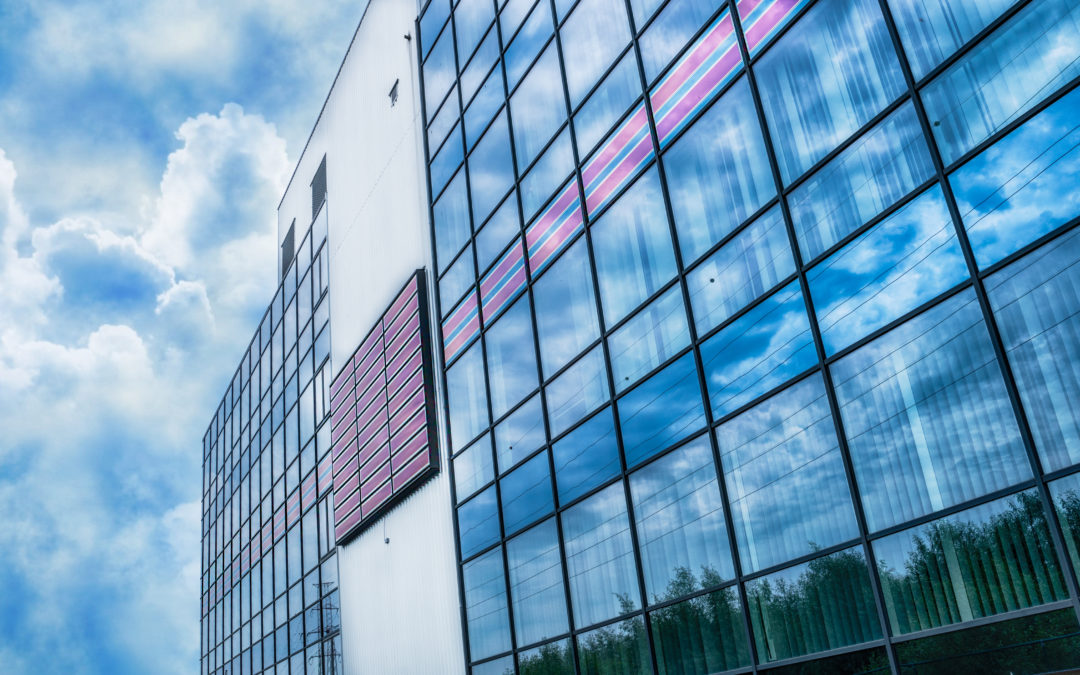 12 jun The key to a sustainable building façade NL

Zwijndrecht, Belgium – During the last two years, as part of the EU-funded PVme project, an international consortium of 10 companies and research centres worked together to find solutions for a sustainable building façade. PVme stands for “organic PhotoVoltaic systems integrated in Manufactured building Elements”. Almost at the end of the project the inauguration of the organic-based BIPV (Building Integrated Photovoltaics) façade took place yesterday at the Engie Fabricom building in Zwijndrecht, close to Antwerp.

The aim of the project was to integrate photovoltaic elements into two existing facade elements, to develop the interlocking production and finally to prove the technical feasibility by means of an installation. About 20 m² of the existing glass spandrels have been retrofitted with OPV glass laminates matching the original building look and 30 PV steel elements were integrated and installed on the company building of the Engie Group.

The main challenges were the accurate production of the OPV film by Heliatek, its integration in a glass-glass BIPV module by AGC Europe and the achievement of a durable bond between the film and the steel cassette. Heliatek OPV films are applied to a Hoesch metal substrate and subsequently formed into facade elements. The installation thus marks the end of the project, which began about two years ago.

Sjoerd Veenstra (project coordinator): “In terms of CO2 reduction targets in the building sector, building-integrated photovoltaics is playing an increasingly important role. BiPV façades like the one in Antwerp could become an important building block for achieving these targets.”

The four scientific institutes; Holst Centre, imec, Laborelec and ECN, supported the development, system design and correlation of accelerated ageing and outdoor data. Data on the ambient temperature, module temperature of the steel façade elements and, of course, on the total yield of the system are continuously monitored. So far the installation already generated 260kWh.

This installation sets an important milestone to the long-lasting partnership between AGC Glass Europe and Heliatek, showing not only that glass enables green energy production but that it also makes possible the retrofit of existing building envelopes matching with the building’s original aesthetics.

Hoesch/Kingspan is planning a further development and Europe-wide marketing of solar-active steel façade elements. The results of the current product variant solar foil on steel cassette elements are also to be transferred to the sandwich panel variant in the long term.