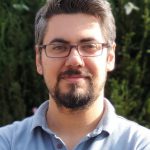 Dr. Ilker Dogan received his M.S. degree in physics from the Middle East Technical University, Ankara, Turkey, in 2008, and Ph.D. degree in plasma physics and nanomaterial processing from Eindhoven University of Technology, Eindhoven, The Netherlands, in 2014. During his PhD, he worked on plasma processing of silicon nanocrystals for solar spectrum conversion in the field of photovoltaics.

In 2014, he joined ASML Netherlands B.V. as a research scientist, where he worked on extreme UV (EUV) light induced plasma diagnostics and optics lifetime related material testing for EUV lithography. In 2015, he joined back to academia as a postdoctoral research fellow at the Dutch Institute for Fundamental Energy Research (DIFFER), and Eindhoven University of Technology working on low temperature sodium-sulfur batteries, and energy storage applications of silicon nanocrystals as anode materials in Li-ion batteries.